A calm shade of white with a light cover of warm undertones deposited by the passing years.

The name of this color takes us back to the ancient period, particularly to the unbeatable at that time Roman Empire that thrived from all perspectives, whose products lasted till today to be admired. Undoubtedly, the Romans prevailed at the architectural level, and we cannot skip the impressive Roman columns in this respect. It is not possible to overlook the imposing features of such a phenomenon, among which finesse, magnificence, eminence, authority, and at some point familiarity since we all are familiar with the outstanding architectural creations of that period. Probably, this is what inspired the paint manufacturer Sherwin Williams to introduce a color under this name since this particular shade is a pure reflection of grandeur.

If adapted to contemporary standards, Roman Column can be described as being a breath of fresh air that impresses with its ability to be both calming and staggering depending on the lighting. Nevertheless, one thing is known for sure; this shade is without any doubt a classic by means of its historical roots and the irreplaceable beige resemblance with a scent of stately air. There are not enough words to reveal the whole range of impressive features covered by the Roman Column, but we will try to do our best and bring its main characteristics to the surface.

The first thing that probably comes to mind when mentioning the color name Roman Column is a calm shade of white with a light cover of warm undertones deposited by the passing years. One would not be wrong to think that way. Nevertheless, there is more to be discovered.

It is a fact that the Roman Column belongs to the White and Pastel hue family, where the RGB model helps us make a distinction between this shade and the others that are part of this category. Let’s take a narrower look at this aspect! This shade from Sherwin Williams includes 96% red, almost 94% green, and about 88% blue. It means that this standout color is a mixture of freshness with warm undertones and calming notes. One should note that it tricks you into different perceptions, being influenced by light, and this is why we will dive deeper into this aspect later.

Roman Column: is it warm or cold?

This complex shade is 42 degrees, classifying it among the most appealing pastels. Although it has notes of freshness that throw new light on interior design, it is undoubtedly a warm shade since the soft undertones prevail over the small number of crispy notes.

How does lighting affect Roman Column?

Roman Column is tricky, and a slight change in lighting can affect not only your perception of this color but also the way it reflects the light on other elements. On the one hand, it is extremely intriguing; on the other, utmost attention is required to achieve the result you dream of.

It is interesting to follow how this shade plays with our imagination both under daylight and artificial light. Bathed by the sun rays, it will reveal all its features to the fullest like a sun-kissed blooming flower. Once it is covered by shadow, an instant gray undertone will spread all over its surface. It is noteworthy that particularly in summer, the outside greeneries will be reflected by this color, making the latter shine in a new, a little greenish, way. The scene changes entirely when artificial light enters the game. Roman Column will radiate warmth and softness, but again, it depends on the particular source of lighting, which can also be cooler or warmer.

The LRV coefficient of light reflection, in this case, is 88, with a lightness of almost 92%. Such values are close to extremely light shades that reflect light at their finest. Nevertheless, they do not reach the limit, which is self-explanatory since Roman Column also includes undertones of other kinds. However, this warm shade can fully reflect even the smallest amount of light, brightening the room and expanding its borders. There is no doubt that small spaces are the first to benefit in this respect.

As mentioned earlier, the shade SW 7562 is an impressive combination of undertones that impress with their ability to change the way we feel about this particular color. The noticeable yellow notes offer the color a pleasantly soft feeling and the subtle gray scents keep the former within limits. The result is an imposing white shade that reflects warmth and freshness at the same time, being able to take one of these directions in particular under the effect of light.

It would be a shame to speak about a pastel shade and not mention other resembling colors since there are plenty of them. Although not far from each other, every shade in part impresses with something new. Let’s take a closer look!

It seems that this airy yet calming shade is rich enough to make quite an impression. Nevertheless, particular colors can dig deeper into the essence of Roman Column and reveal its hidden features, which is, undoubtedly, beneficial to contemporary interior designs that strive for new experiences. Depending on what characteristics you want to emphasize, be it for a complex combination of contrasts, an inviting calming effect, or a refreshment, consider one of the following shades:

Use of Roman Column in interior

If large, bright spaces are everything you look for when designing a room, don’t hesitate to give Roman Column a try. Besides its refreshing effect, the warm undertones will soften the environment, and the inviting feel will not cease to be a constant guest in your room. It does not stop at interiors. This light shade of beige will work as perfectly for the exterior. Quite promising; let’s see how it really works through clear examples!

Designers tend to suggest that Roman Column is a win-win option in any sense. No wonder why! It serves as an excellent background, particularly for contrastive units of furniture, although lighter ones are not to be skipped. Do you want to make the most of it? Consider crispy white pieces of furniture, such as a sofa, bookcases; the same goes for window frames. This approach will refer to the cool undertones of your walls. At the same time, opt for textiles in the same beige shade. The picture will not look at all blurred but rather consistent. The last pieces to complete the design are a contrastive coffee table for a new splash of color within the sofa area and wood flooring with notes of warmth. The result is a balanced combination of cool and warm shades, which are traced to the undertones of the walls. 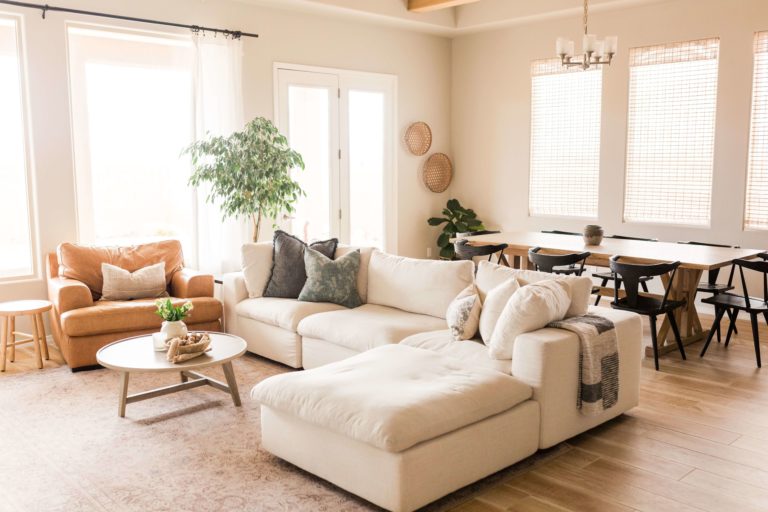 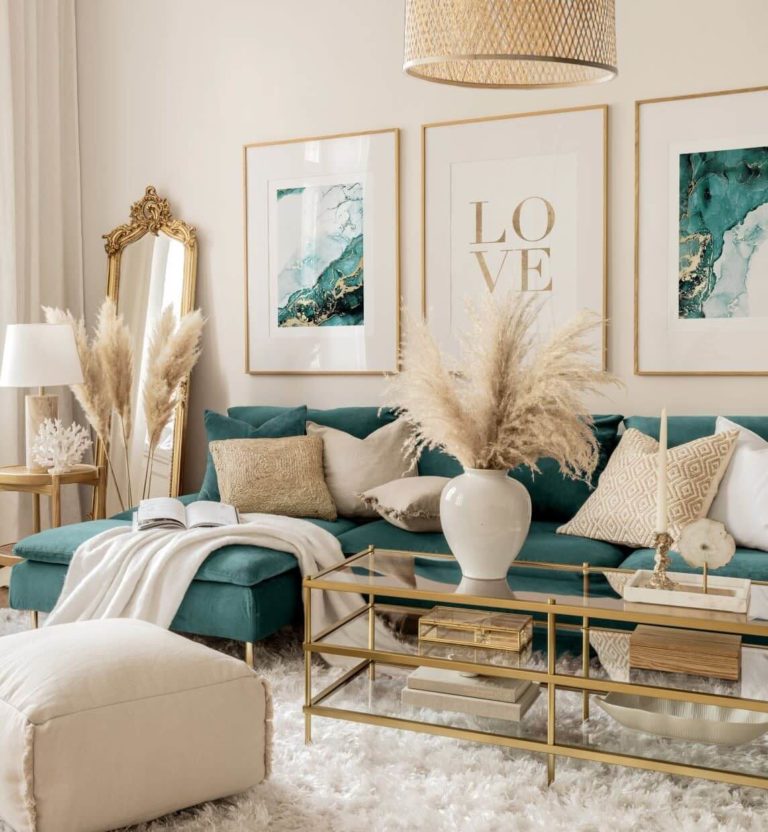 No one can stop you from using this color for the walls, but we hasten to convince you that the cabinets will benefit much more from Roman Column. Such cabinets look amazing on a cool white background if you plan on a Modern Farmhouse kitchen or a contrastive one for an eclectic mix of values. In the former case, a dark countertop will fit in perfectly, while the second requires a neutral approach. Regardless of which way you go, the unbeatable feeling of freshness and appealing atmosphere will not leave this space. 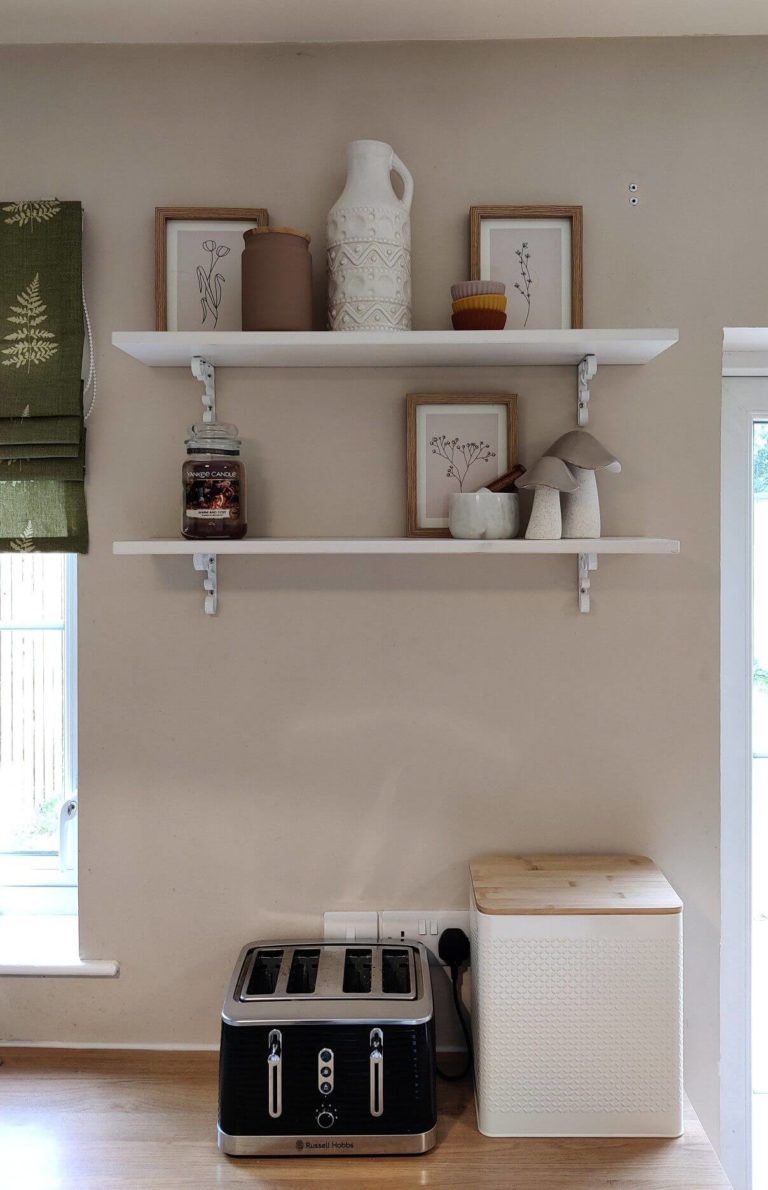 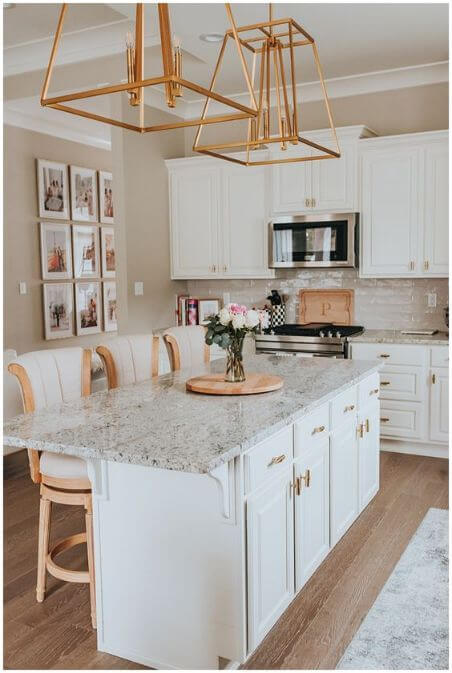 The further we reach, the more personal it feels. Although its inviting feature, Roman Column acquires more individuality when used in the bedroom. The calming notes start penetrating the surface, becoming subsequently part of this space. As mentioned earlier, this particular shade belongs to classics, which implies a feeling of familiarity that is more than welcome in a space where you want to feel safe. Furthermore, the yellow and gray undertones lead to a cocoon-like environment, which adds to the previous benefit. There is only one question that has not been answered yet: how do you integrate this color into the bedroom? Nothing will work better for it than the walls. On such a background, you can easily play with colors and textures: cooler shades of gray for a stately effect or slightly warmer tones for a soft result, and, of course, wood, be it the flooring, furniture, or pieces of decor. Can we speak about a pastel color and skip the bathroom? “No” without hesitation. The cool white cabinets, sink, and bathtub will thank you for this warm shade of white. Combine this paint with Subway-style tiles to make the cold undertones flow to the surface and elements of brass for an increased charming effect. Don’t forget about lighting; the more sources of this kind, the larger the space, the brighter the room. If you want to embrace the old values, consider Vintage sconces near the mirror or accent lighting for visual interest. Use of Roman Column for house exterior

In this case, you have only one option, but believe us, it is worth the try. A front door or roof painted in this color would look rather blurred unless you consider a very dark shade for the facade. Therefore, the variant you will really be proud of is to paint the latter in Roman Column. Be it stone or wood, this noble shade of white will offer your house an authoritative look. Whether it is a sunny or rainy day, your house will not cease to reflect perfection since this shade from Sherwin Williams combines cool and soft notes that are revealed at their finest based on the light effect. Complete the picture of your house with cold white or dark window frames, a door in the same shade, and a dark-colored roof: classy, inviting, and charming; what else could you dream of? 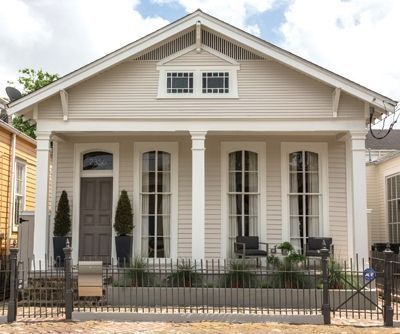 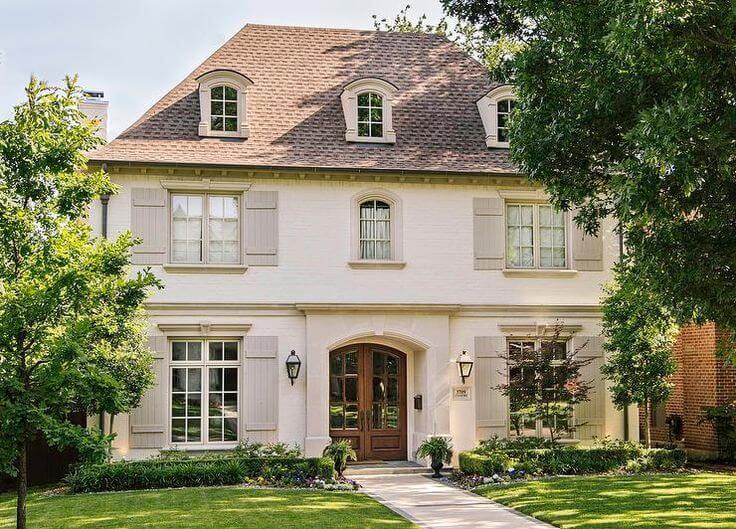 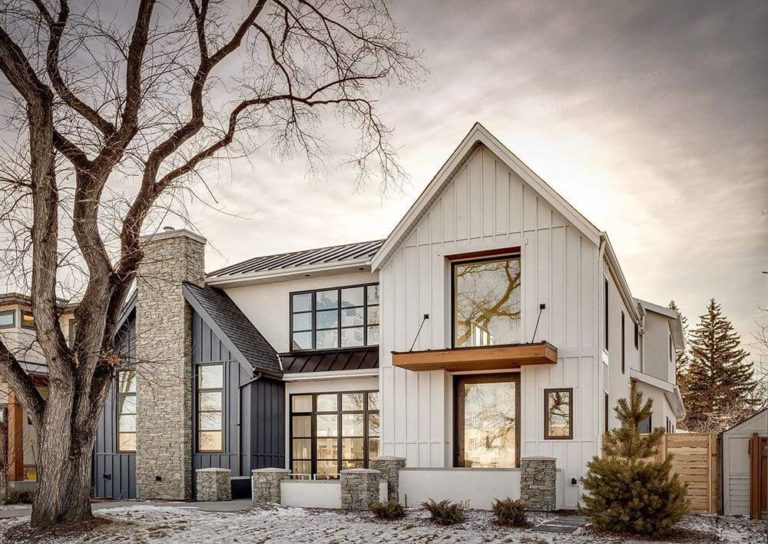 Roman Column by Sherwin Williams is a seemingly simple shade of white with warm undertones. The better you get to know it, the more you discover about this sophisticated combination of calmness and refreshment. You can use it with various colors, switch from one texture to another, and expose it to particular types of lighting; your house becomes a canvas, and you are the author of the resulting masterpiece.