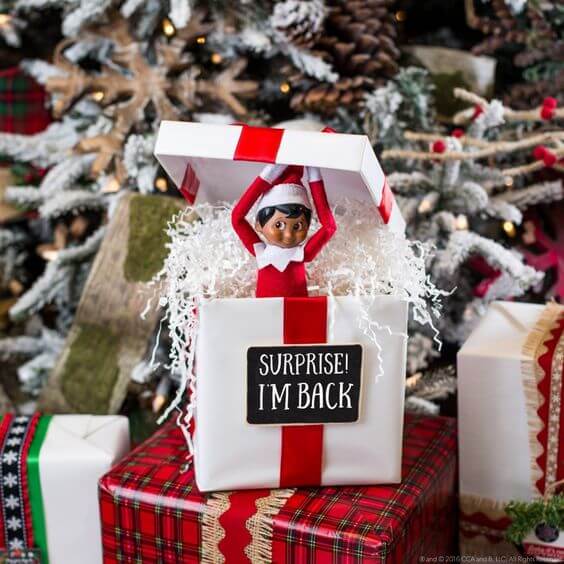 Elf on the Shelf 2021: interesting ideas with 20 photos to impress your children

Elf on the Shelf 2021: interesting ideas with 20 photos to impress your children

“Elf on the Shelf” has developed during the years into a beautiful Christmas tradition. It has gained a lot of interest not only among children but their parents as well. If at the start it was referred to as Santa’s little helper, who comes at little children to watch for their behavior, now, it is more of a means for the parents to impress their children with the most original Elf on the Shelf.

If you came here, it means you are looking for new ways to impress your children with an authentic Elf on the Shelf that would both be fascinating and persuasive. Here is what we can suggest to you as a starting point: the more interesting Santa’s little Scout is, the more obedient your children are. We are sure this is all you want during such a busy period when there are many things to do. Don’t worry! We got your back. Here you can find the best and latest Elf on the Shelf ideas that would leave both you and your children impressed.

Elf on the Shelf in Quarantine

Considering the current environment, where almost all attention is drawn upon the pandemic, quarantine has been set as a requirement in the majority of countries. This is why, in this context, we suggest you put your Elf on the Shelf into a quarantine box for 14 days. It would be both up-to-date and even serve as an example for the little ones regarding the seriousness of the current situation. 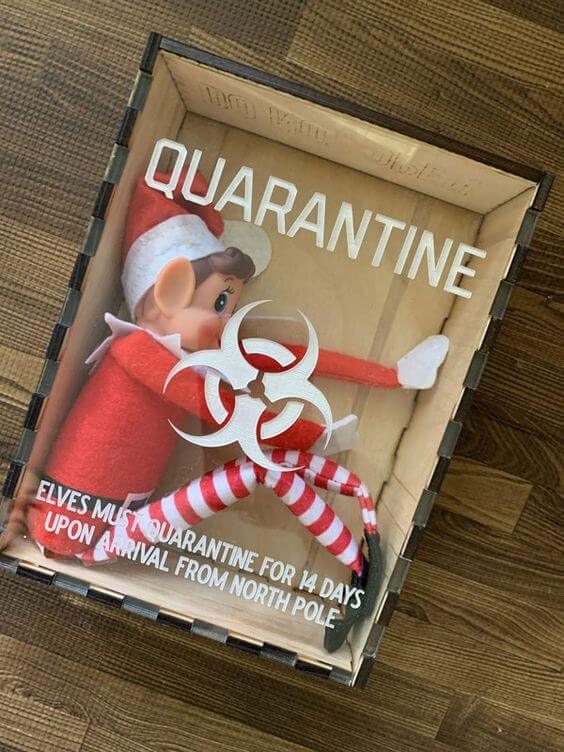 We are sure you are aware of the Elf on the Shelf’s role – to watch for your children’s behavior and report upon it to the North Pole. We suggest you set up an area that will comprise Santa’s helper itself and a bunch of letters that are being prepared to be sent to Santa Claus. Furthermore, every time your children are naughty, you can add it to the list as it has been written by the Elf itself. We assure you, this will make the little ones think twice before doing something bad. 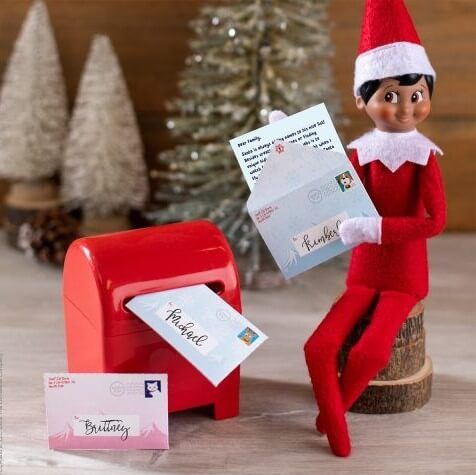 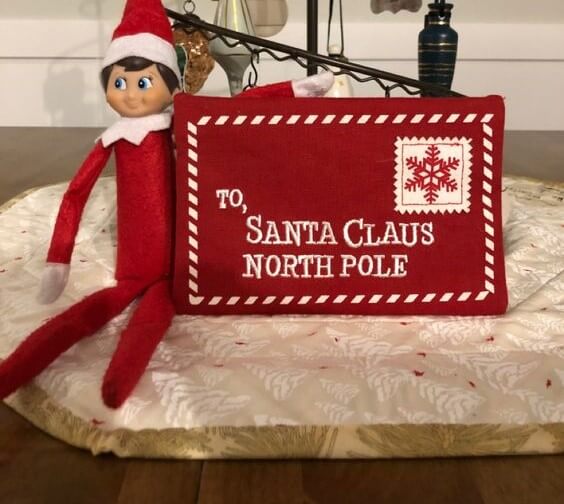 As it has been traditionally established, the Elf on the Shelf is watching from a room corner how children behave themselves. Children get bored fast. This is why you have to come up with new ideas. For instance, you could write down some words as if they were spoken to you in secret by Santa’s Scout and leave them at a visible place to make sure that your children will not forget about them. 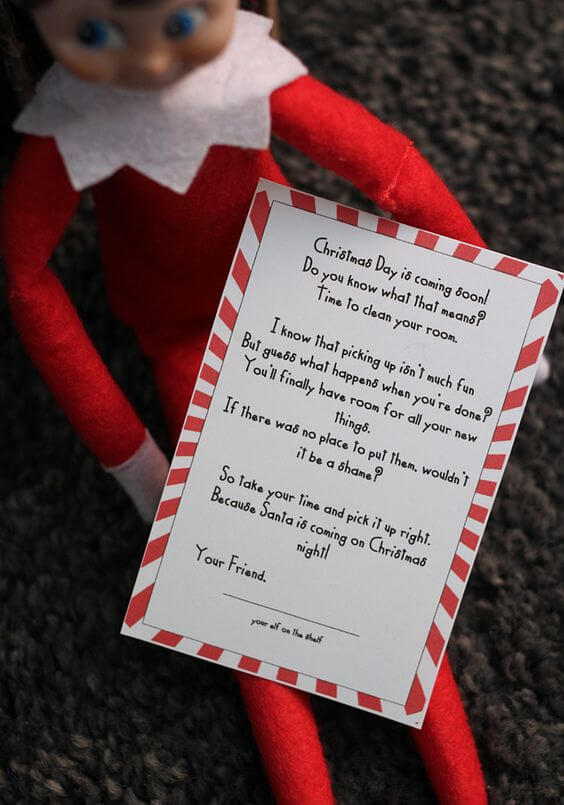 Add some new decoration elements to your Elf on the Shelf to make him more interesting. We suggest you add some practical details. For instance, the ones that would encourage children to try something new. Under any other circumstances, they would not agree with you, but if it was said by the Santa’s Scout, children would be more than happy to do any task. Take a look at the photos and you will get the idea. 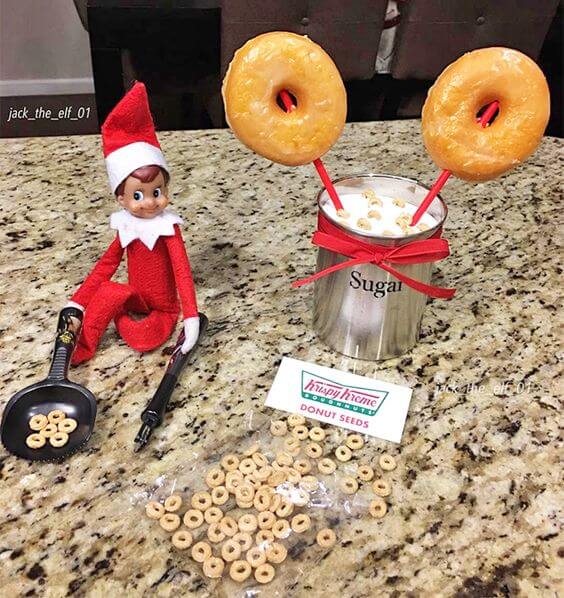 Elf on the Shelf marathon

If you are creative enough, you can consider a marathon, where each day Santa’s little helper will have a new role and a new idea to come with. We suggest you use your imagination as much as possible. Of course, we will not let you on your own in this sense. We have prepared an array of photos to inspire you. 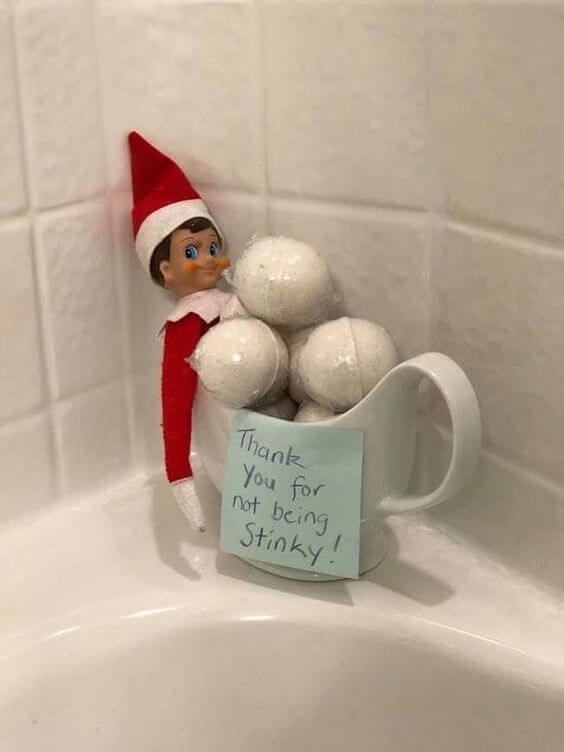 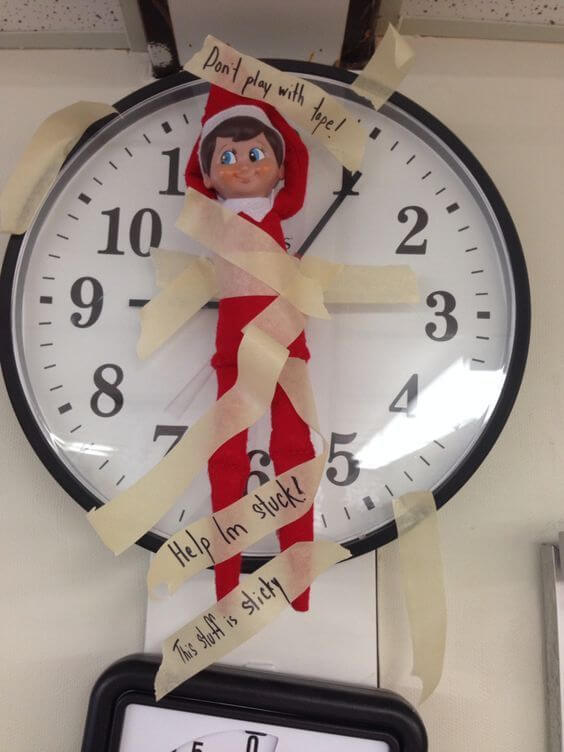 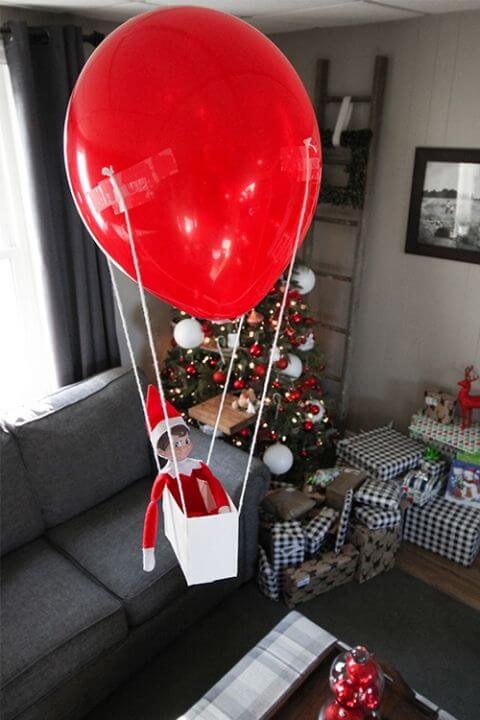 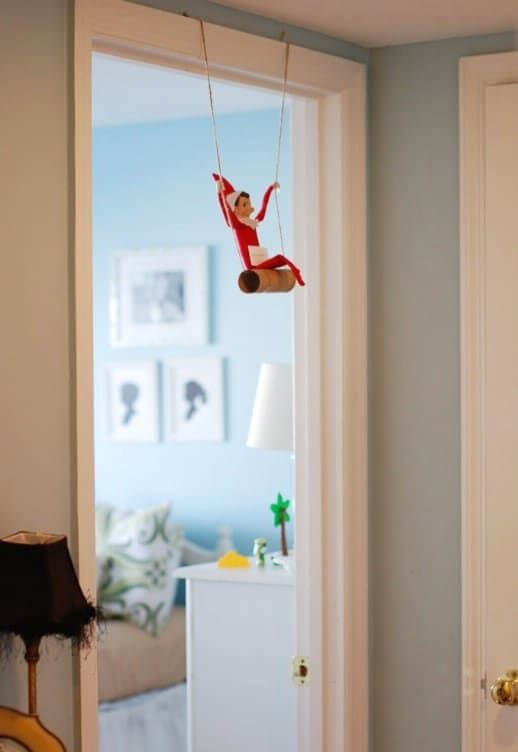 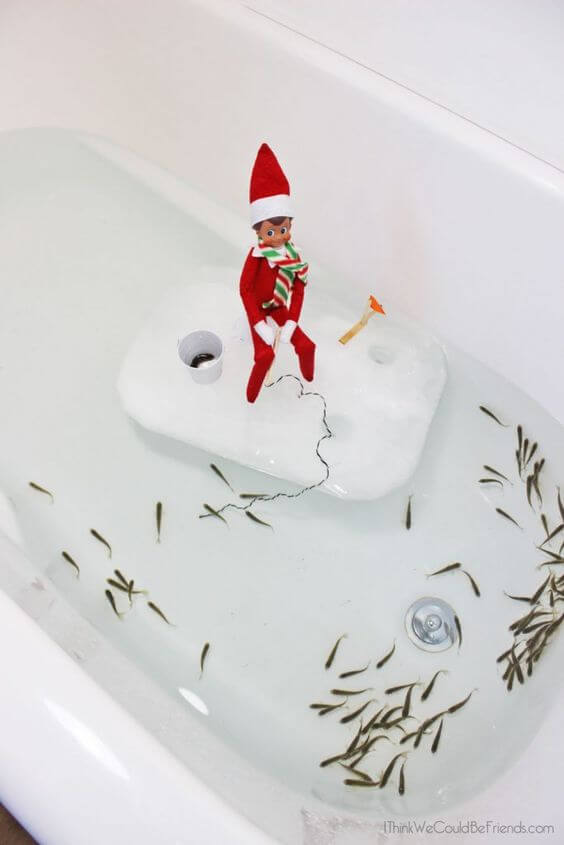 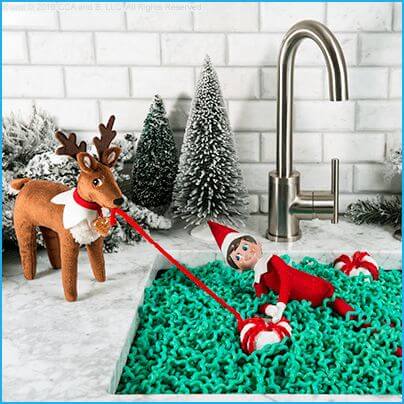 We have already talked about the ways the Elf on the Shelf can positively influence your children’s behavior, but we don’t stop here. Children have to be praised for their obedience. This is where we come one more time to Santa’s Scout. We suggest you set up decorations where the Elf on the Shelf appears in the presence of a gift that would be received by your children for every act of obedience. 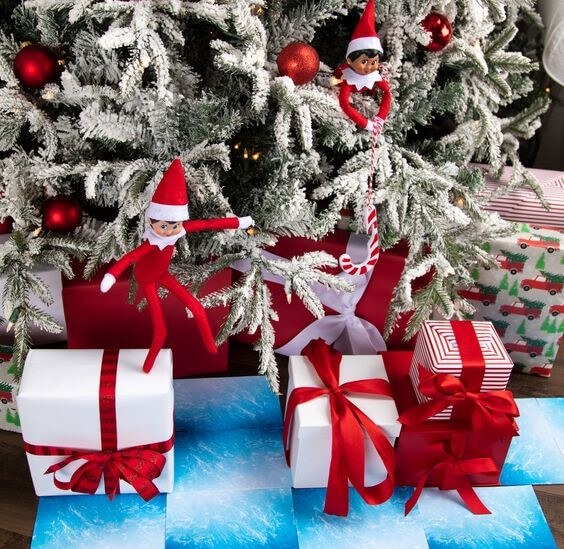 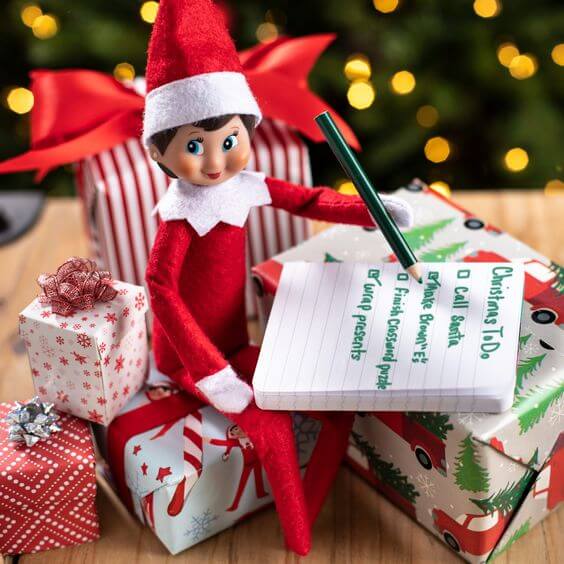 You should not stop at gifts. Try and impress your children at each step. Of course, the Elf on the Shelf will have to be involved again. We suggest you set up an area where Santa’s helper will offer your children little treats just for the fact that they are kids. You have to show them that they are loved both by you and by Santa. 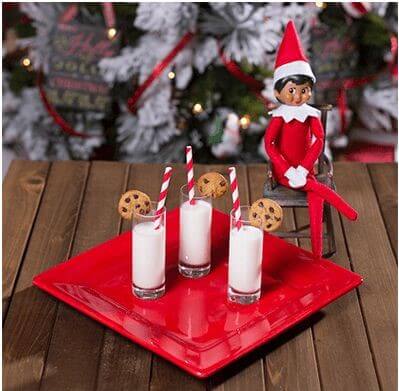 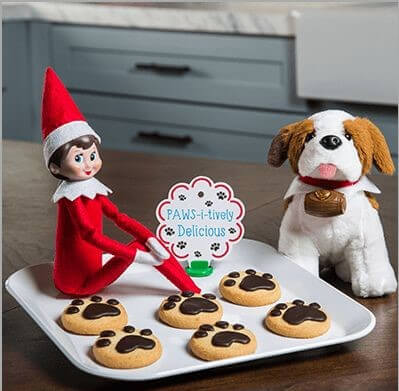 As the time of departure comes, you have to set up specific decoration areas to mention it slightly to your children as they might get upset that their new friend is already leaving. Furthermore, add a farewell gift to the setting. This will calm the little ones and leave them with a great impression and desire to meet the Elf on the Shelf again next year. 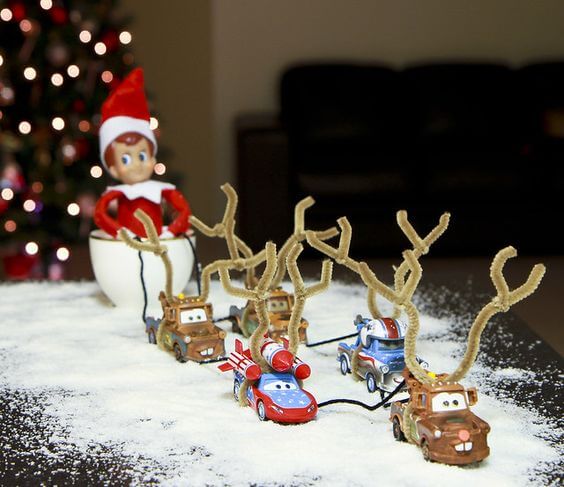 As you came so far, you are probably overwhelmed by the ideas we have provided you with. There is no place for worries. Take a deep breath. Give it another look at our hints, screen through your own childhood memories, and we are sure that you will make your children smile at every glance at your own Elf on the Shelf.