How to repair a flat roof? 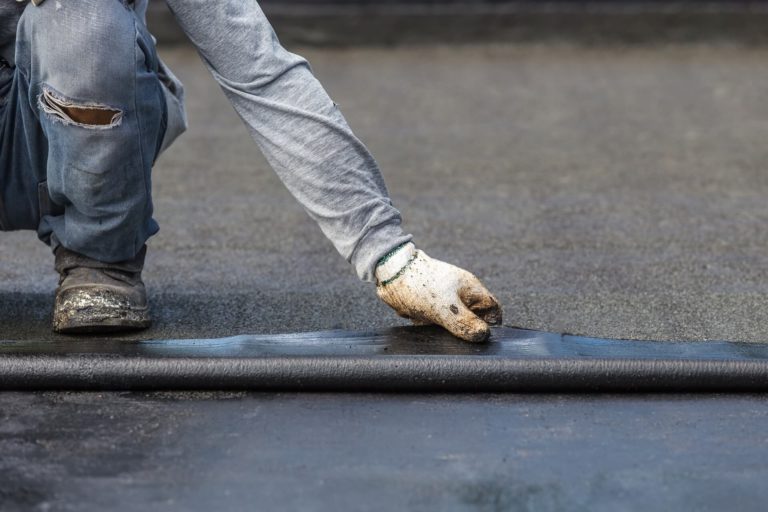 Popular in the 1960s and 1970s, free-standing “cubic” architecture was characterized by the presence of ribs in the form of a flat roof or roof with a slight, multifaceted slope. When deciding on the modernization of such a building, it is also necessary to take into account the change in the way of roofing, which will not only allow to install of a warm and airtight covering but also create a new space in the upper part of the house, used, for example, for recreation.

The limited availability of building materials when these buildings were built meant that simplified roof design solutions were used, and ensuring good thermal insulation was not a priority.

Typically, the roof structure’s baseline was the ceiling of the highest residential floor, usually in the form of a monolithic reinforced concrete slab, a steel profile beam structure, or a precast hollow core slab.

Modernization of such roofs can consist of creating a new pitched roof structure with any kind of covering or in its reconstruction in the form of a flat inverted roof, which will allow it to be used as a terrace.

The choice of new roofing type will depend on local regulations regarding acceptable roof shapes and the type and condition of the existing roof structure.

An example of a so-called inverted green roof.

Direct installation of the roof covering on the structure of the upper floor ceiling (without creating a subsurface space that allows air circulation) creates the risk of condensation of water vapor penetrating through the ceiling, which cannot evaporate during the warm season due to the vapor-tight membrane covering.

As a result, the heat of the already insignificant insulation is significantly reduced.

Therefore, the under-roof layers are usually constantly wet, and the used heat-insulating and leveling material has deficient heat-insulating properties and significantly loads the roof structure.

When deciding to rebuild such a roof, as a rule, all layers on the under-roof covering are removed, which allows modification of the covering, for example, in the form of an inverted roof, which is capable of carrying a rather significant load from gravel or stone slabs of the covering.

When renewing the roofing, it is necessary to properly prepare the slope and decide how to drain rainwater from the roof.

Creation of a sloped roof surface

Depending on the size of the roof and the planned drainage system, the slope of its surface is created with a value of at least 3% in the form of a one-, two- or even four-sided slope in relation to the contour of the building.

Sometimes, in the case of a complex renovation of the house, it is possible to pump out rainwater through the built-in drainage system, forming an appropriate slope towards the building’s center.

Ready-made concrete grade C 20/25 is used as a leveling material, but its thickness at the thinnest point should not be less than 4 cm. As an alternative, ready-made quick-setting screeds are used, which allow you to create a thinner sloped layer.

During construction, it is necessary to consider how to protect against heat leakage through the perimeter bridge, which will be the attic of the roof. The simplest form of thermal protection would be the use of materials with good thermal insulation (cellular concrete blocks, expanded clay). Still, these materials are characterized by relatively low resistance to loads, and it is better to use, for example, concrete elements with additional insulation.

An attic constructed in this way can be permanently equipped, for example, with railings or other protective elements, if you plan to use the roof as a resting place. Holes for downpipes must be made in the attic before roofing.

When water is drained outside the roof contour at the junction with the attic, a gutter is created due to the base’s suitable shape – a channel that collects water from the surface. In places where the downpipes are to be installed, special baskets are installed with an outlet passing through an opening in the attic and connected to external downpipes.

As emergency drainage (protection against ceiling overload in case of flooding in the absence of drainage), similar baskets are installed, but with a higher level of water drainage and are removed through the attic with a drain in the form of a spout.

In a roofing system, thermal insulation is laid on top of the waterproofing layer and properly weighted, which reduces the possibility of it being dislodged and bursting by the wind. After leveling the floor surface using a shaped slope and a drainage gutter, the waterproofing is laid in two layers of membrane, glued with a burner to the primed foundation.

Roofing material on a polyester matrix also plays the role of a vapor barrier and must be laid very carefully since it determines the roofing’s tightness. The waterproofing should be deployed on the attic walls, but in the corners where it bends, wedges should be inserted, or a so-called cut should be formed, which protects against bending – the destruction of the roof structure.

In the drainage channel along the attic walls, it is recommended to use additional insulation made of so-called fleece-reinforced liquid foil. It is necessary to install slab insulation on the attic’s top and sidewalls to reduce heat leakage through the attic walls.

The next step is the installation of the basic insulation made of extruded polystyrene boards. These panels remain in the water for almost a long time and exhibit negligible water absorption, so their thermal insulation properties do not decrease in humid conditions.

To ensure the necessary thermal insulation of the ceiling directly covering the heated premises (currently, a U coefficient of no more than 0.18 W / (m K) is required), the total thickness of the slabs should be 18-20 cm, depending on the thermal insulation parameters of the material.

The boards are laid loosely, usually in a two-layer arrangement and with stepped joints. After that, their surface is covered with geotextile, which protects against the penetration of small particles of contamination from the pressure layers. At the same time, it allows the drainage of excess water penetrating from the surface.

When insulating roofs on reinforced concrete structures, various coating options can be used – from a surface in the form of a gravel pressure layer on thermal insulation plates to ceramic cladding or a “green roof”.

The simplest covering will be laying ordinary paving slabs or scattering gravel, fraction 8-16 mm, with a layer of about 5 cm. For a more elegant finish, the tiles can be replaced with stone slabs laid on special racks – supports, or prepare the surface for laying ceramic tiles.

To do this, you will need to create a 4 cm thick concrete screed on the drainage layer, which will become a rigid base for such a coating. An attractive flat roof surface finish would be creating a garden – after laying the cultivated layer, it will be possible to plant grass, flowers, or shrubs. The exterior house color tells about your personality and taste more than you think. In a nutshell, it throws the… In our previous articles, we talked in great detail about interior colors that will be relevant in 2022. But what… 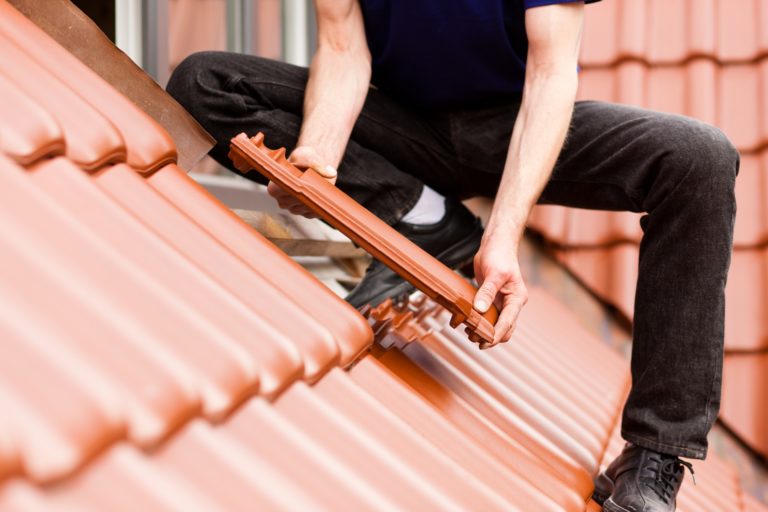 The quality of your roofing design significantly contributes to the structural integrity of your home. Not only this, but the…