Chevron vs. herringbone: which pattern to choose for a wood floor 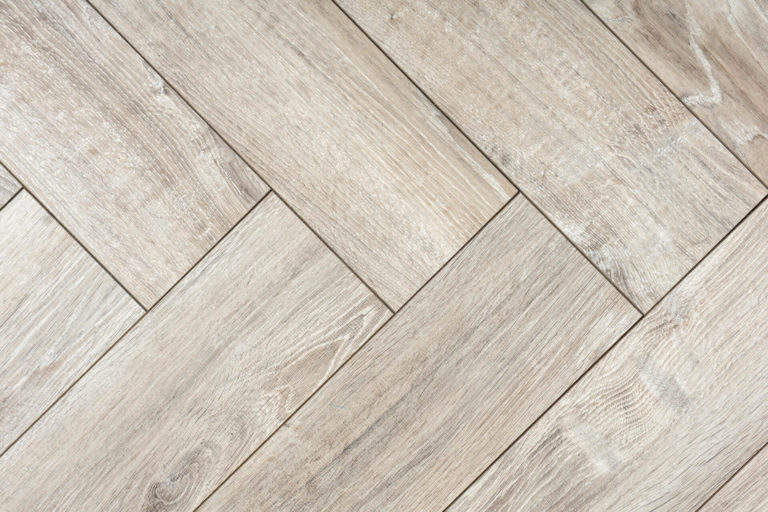 A natural wood floor is a win-win option, relevant in both modern and classic interiors. The nobility of texture, environmental friendliness, the ability to last more than one decade – a lot has already been said about the advantages of such flooring.

Another undoubted advantage of a wood floor is the variety since its elements offer an impressive number of installation options. Among the most famous are the “diagonal”, “brick”, “deck”, and “herringbone”. However, it should be noted that certain patterns become more relevant over time – this is the trend observed today about such a pattern as the herringbone.

The wood floor’s key feature is the wood pieces’ location at a sharp angle relative to each other. For the first time, such a pattern of laying the flooring was used back in 1539 at the Château de Fontainebleau in France, and several decades later, it was adopted by architects throughout Europe. The outstanding decorative properties of the “herringbone” allow today to consider it a classic – moreover, a classic that easily adapts to modern realities.

Different names know this styling, but the designers insist on the existence of only two types – the chevron and the classic “herringbone”, also known as herringbone. What are their features, and what pattern to use for the interior in one style or another – let’s talk in more detail.

This type of wood floor pattern appeared in the 17th century in the same France – as a reference to some noble families and provinces’ heraldic symbols. A room with such a flooring exists even in Versailles’ Palace, not to mention the aristocracy’s mansions. Hence the second name of the layout scheme – “French Christmas tree”.

The chevron’s key features are cutting wood pieces at a sharp angle and stacking “end to end” – as a result, the upper edges of the ends converge at one point, forming a precise angle. Designers note several unconditional advantages of this type of flooring: 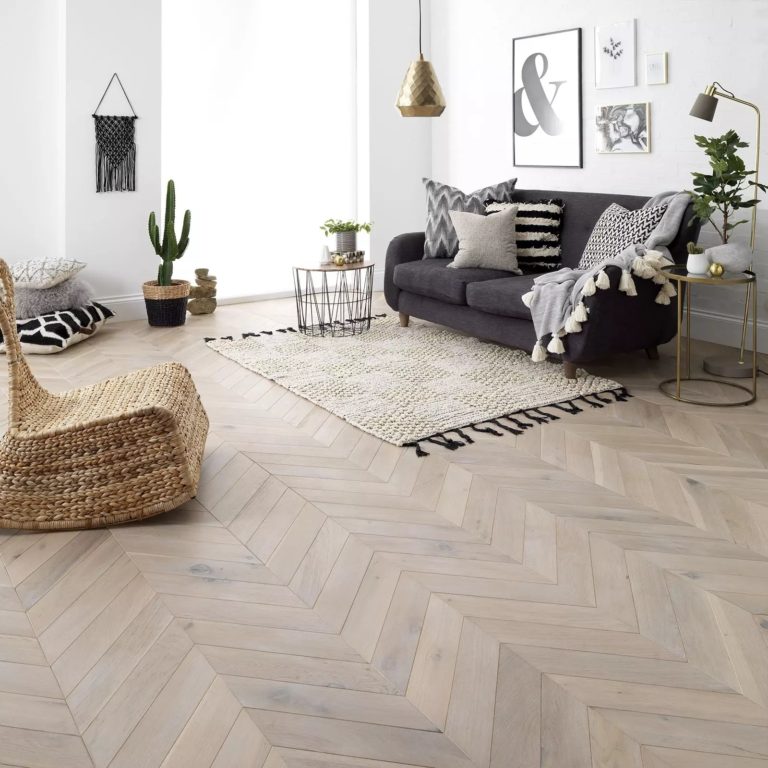 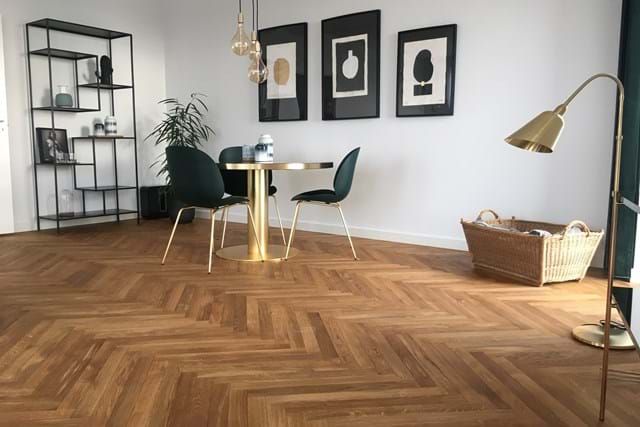 Even in the photo of the parquet laid with the classic herringbone, one can notice an important difference from the chevron pattern – namely, the straight line of the ends at the planks, due to which the angle when laying is straight. This option can be considered the “progenitor” of all types of wood floors, in which the pieces are placed perpendicular to each other – including the so-called English and Hungarian “Christmas tree”.

Even though such floors appeared almost 500 years ago, the flooring installation pattern is still relevant today. The reason for this is the following advantages, recognized by both designers and owners of apartments and houses in which the floors are decorated in this way: Please note that the chevron and herringbone patterns are relevant not only for hardwood floors. Today, manufacturers also offer laminate, engineered planks, and even porcelain stoneware, allowing you to implement both patterns – and the variety of colors and textures inspires the most original flooring solutions.

“Herringbone” or “chevron” – what to choose?

When choosing a parquet layout option, not everyone can immediately decide which of these two fashionable schemes will be most suitable for a particular interior. If this dilemma is relevant for you, the designers suggest considering the following guidelines:

Whichever flooring pattern you choose, it is important to consider two key points: the material’s quality and the correct installation. Pieces made of suitable wood species, and at the same time, laid precisely according to technology, will allow you to create a floor covering that is flawless in all respects – both in terms of aesthetics and in terms of practicality. 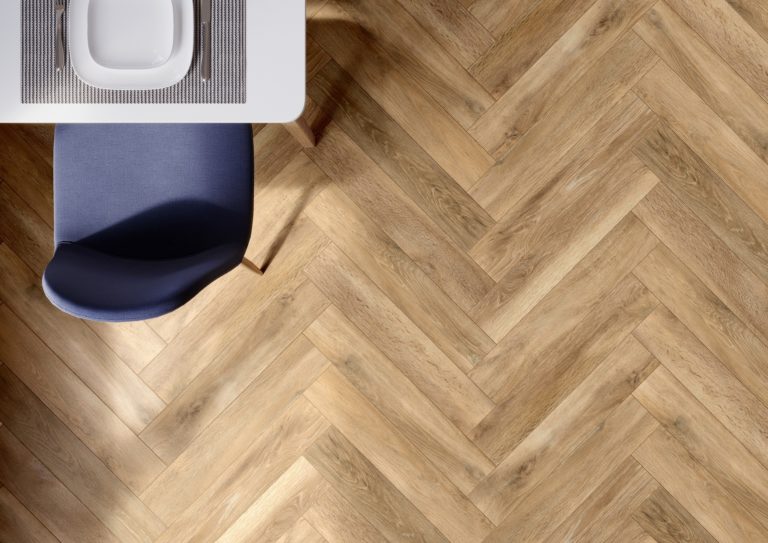 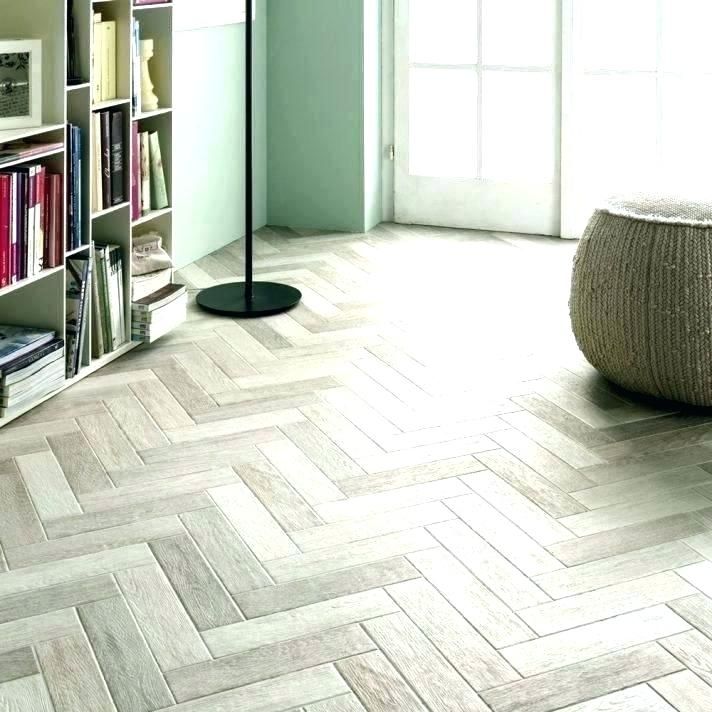 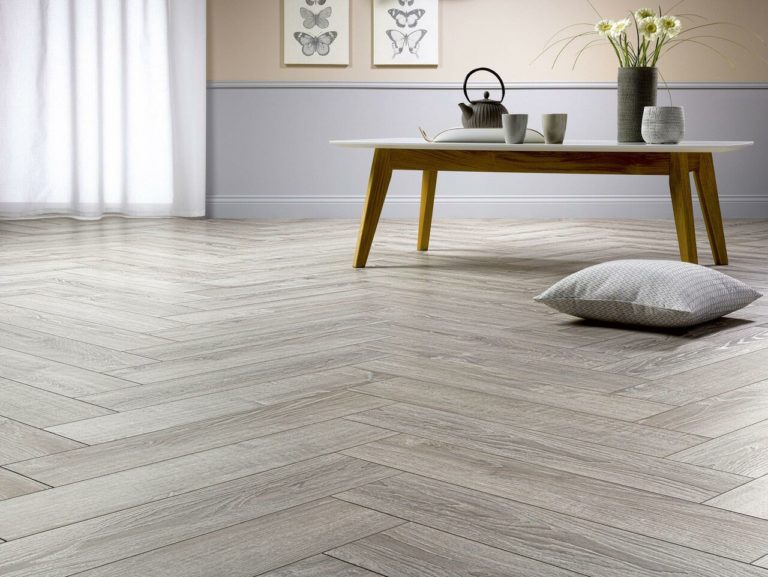 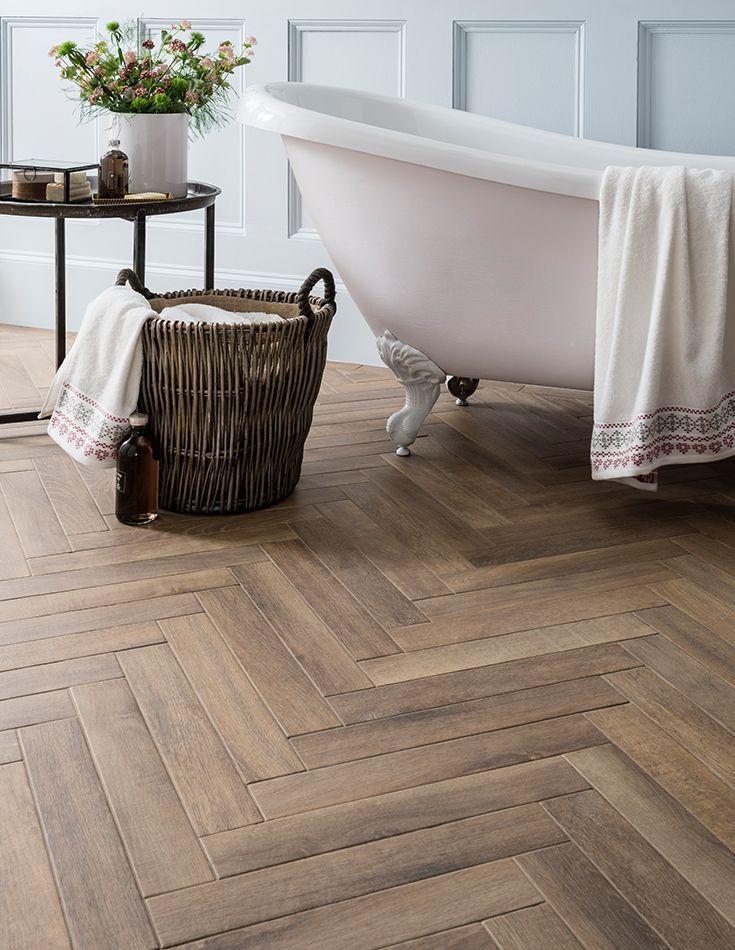 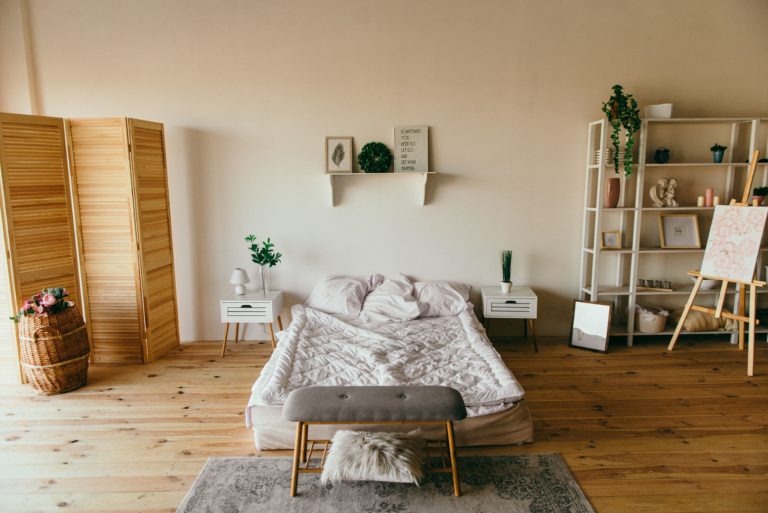 Light wood has been a popular option in interiors lately. It looks particularly impressive when applied to flooring. The space… 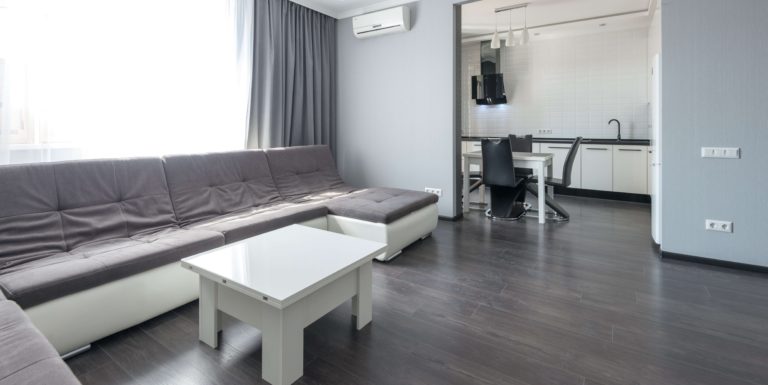 FlooringGrayIdeas
Gray flooring ideas: practicality and stylish look for every room of your house

Gray has been on the stage for a long time, and designers are not ready to give up on it…. 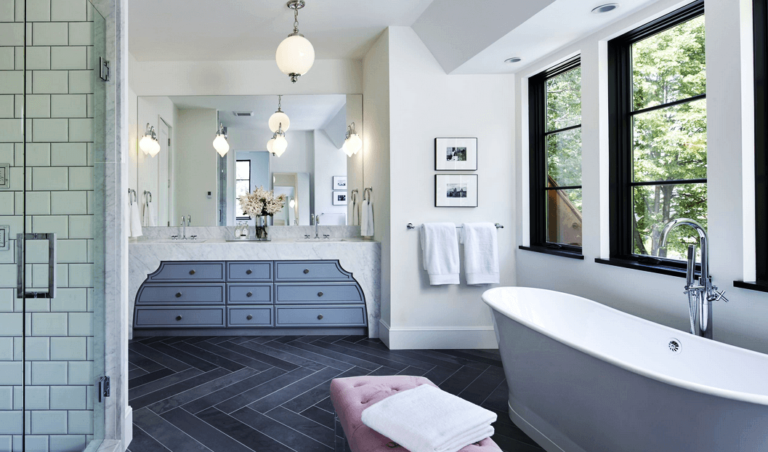 The well-known herringbone pattern came back, and it seems to be more popular than ever. Once a predominant element within…